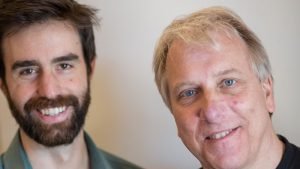 Jason Preston & Steve Broback co-founded the Dent Conference, an annual gathering and a year-round community of innovators looking to make a dent in the universe. Jason and Steve launched the event with focus on content and programming. But they quickly realized that the event was really the centerpiece of an ongoing, year-round community they […]

Elless Media is the home of Larry Swanson’s content strategy and UX writing consultancy and the Content Strategy Insights podcast.